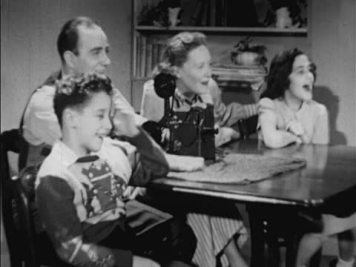 There. I said it—and it feels good to finally say it publicly.

(What’s ironic about that statement is that I have a B.A. degree in film because I originally wanted to make Christian movies.)

The Christian movies I liked were true stories about real people. For example:

This doesn’t mean every Christian biopic is done well, but at least they’re starting in a better place: a real story about real people dealing with real struggles and faith.

This also doesn’t mean there’s no place for fiction in communicating faith. Ever heard of Pilgrim’s Progress? Then of course we have the catalog of works by C.S. Lewis.  When I came to the end of the whole Harry Potter series, I was moved by the subtle way it communicated the gospel.

But the majority of Christian movie storytelling is … well, the state of Wisconsin probably envies the output of cheese in these movies. The filmmakers mean well, but as a way to bring your friends to Christ, they fall short. They’re not believable. 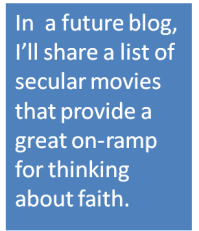 For all my disdain of the genre, they do serve a purpose. Although the intent of so many of these movies is to be evangelistic, they serve well to encourage believers. They give many believers Christ-centered entertainment.

But if I want to use a movie as an on-ramp to talk about faith and spiritual matters, make-believe Christians in a make-believe world are no match for the real thing.

Watch The Case for Christ (which releases on DVD August 15), then go for coffee with a friend and have a conversation.

3 thoughts on “Why I Don’t Like (Most) Christian Movies”