A fairly new field of science has emerged called forensic anthropology. Although we have no physical remains or DNA of Jesus to sample—and we won’t since Jesus is alive and currently sitting at the right hand of the Father—scientists use other evidence to give us an idea of what Jesus looked like.

British scientists teamed up with Israeli archaeologists. They started with first-century skulls found in the area around Jerusalem. Then they created a computer simulation of the full skull that even allowed for the addition of soft tissue and skin. (If you’ve ever had a MRI, this is a similar imaging process.)

Wait. How can they derive all that from a skull? They pulled from other nerdy areas of science: genetics, osteology (the study of bones), dentistry, and what we know about the nutrition and climate of the first century.

What about His eyes, skin, and hair color? The scientists studied drawings of people found in archaeological digs.  And based on other skeletal remains, the average man was 5’1″ tall and about 110 pounds. As a carpenter, Jesus would’ve been muscular. [Source]

Could all this be true of the Son of God? Yes, because Jesus was a typical Jew. He didn’t stand out in the crowd—and He certainly didn’t have a halo the size of a ’57 Buick hubcap that shouted, “Hey! I’m the Son of God!”

“He had no beauty or majesty to attract us to him, nothing in his appearance that we should desire him” (Isa. 53:2).

How ordinary was Jesus’ appearance? On the night He was arrested, Judas had to walk up and kiss Him so that the soldiers wouldn’t grab the wrong man. Jesus blended in with the others.

So there you have it—but I could’ve told you what Jesus looks like without computers, skulls, and modeling clay. 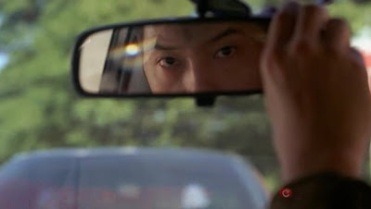 If you want to know what Jesus looks like, look in the mirror.

If you are a follower of Christ, you are the face of Jesus to those around you.

When people look at you, what does Jesus look like? Are people repelled by the Jesus they see in you—or are they attracted to Him? Personally, I want to be the spitting image of His love and grace.

Pass this post along and encourage others to let people see Jesus in them.