You proudly post about your love for Jesus. You often quote a Bible verse. Or tell us how important Jesus, the Bible, or the latest Chris Tomlin song  is to you. So far, so good.

But the next day you post a horrific, hate-filled vilifying rant about Hillary Clinton. Or Donald Trump. Or both of them.

I just have one favor to ask:

If you want to go on a vicious rant about politics, policies, the government, or whatever the media is buzzing about today, just quit talking about Jesus. That’s right. I’m telling you, a Christian, to drop the Jesus talk. The kingdom of God is not served—Jesus is not glorified—through rude and insulting comments.

I get it that you don’t like a candidate. My beef is not that you disagree with a candidate—or point out what you see as wrong. My beef is with how you say it. In your vain effort to turn people toward your political view, you’re turning people away from the One you claim to follow.

Take a stand—but do it in a way that is biblical and Christ-honoring.

“Let your conversation be always full of grace, seasoned with salt, so that you may know how to answer everyone” (Col. 4:6).

Christianity triumphed over the godless Roman Empire. History records no political rallies, campaigns, or protests. The early Christians lived out the gospel of Jesus Christ and ended up changing an empire.  The teachings of Jesus and the writing of Paul never spoke out against the Romans—and there was a lot to speak out against. Instead, they focused on embracing the kingdom of God, living for Christ, and demonstrating love, compassion, and grace. 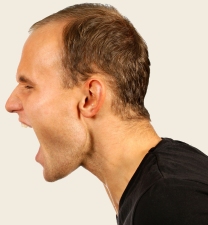 You talk about how much you love Jesus, but your words and attitudes toward those who disagree with you tell a different story. Quite the opposite.

What if, instead of casting aspersions on people’s character, we cast light on Jesus’ character? Let’s live like Him, pointing to His light and truth instead of simply cursing the darkness.

Why not join me? Let’s bring back an unstoppable love that speaks the truth with grace and compassion toward those who differ from u in politics.

Read on to see what your next step is after the election.

7 thoughts on “What Your Political View Says About Jesus”