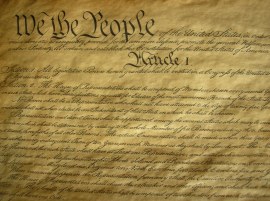 The constitution. For 230 years, we have marveled at the genius of this document. While our government has not always run perfectly, we don’t question the “rightness” of the United States Constitution. It has served us well from day one of our federal government, which officially began under the constitution on March 4, 1789, and it still serves us well today.

How we’ve set up our government just makes sense. Perhaps it’s because we’ve lived under it for so long, but how the constitution has laid out our government—one executive, two legislative bodies, and a supreme court working together in checks and balances—seems so obvious and logical. Why would we want any other form of government?

What seems so right to us was not so obvious to the men who crafted the constitution. For four months during the hot summer of 1787, 55 men gathered in Philadelphia to determine how the government would run—and it was not without debate, disagreements, and a whole lot of arguing. In fact, a dozen delegates got so frustrated with the process, they gave up in disgust. The disagreements got so bitter, these twelve men thought they would never reach a consensus. So they went home.

At one point, the 10 smaller states threatened to pull out and form their own confederation.

Midway through the debates, George Washington, who served as head of the convention, wrote to Alexander Hamilton:

“I almost dispair of seeing a favourable issue to the proceedings of the Convention, and do therefore repent having had any agency in the business.” [Source]

Luther Martin, a delegate from Maryland, was known for haranguing those who disagreed with him with speeches lasting as long as three hours. Even though he was a key player in their arguments, he said”

“We were on the verge of dissolution, scarce held together by the strength of a hair.” [Source] 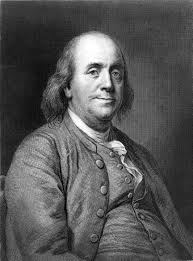 So how did this contentious group ever come to a consensus and agree on the constitution? In later musings, the delegates referred to the hand of God and a providential perspective. In the midst of the contention, 81-year-old Benjamin Franklin addressed the group:

“I therefore beg leave to move—that henceforth prayers imploring the assistance of Heaven, and its blessings on our deliberations, be held in this Assembly every morning before we proceed to business, and that one or more of the Clergy of this City be requested to officiate in that service.” [Source]

That was significant, considering that Franklin’s life and reputation did not exactly match that of a religious person. The delegates did not pass this resolution, but only because they had no funds to pay the praying pastors! However, many of the delegates later noted this was a turning point. Franklin’s words reminded them of the significance—even eternal significance—of what they were trying to accomplish.

Other factors were at play, but driven by a patriotic fervor to make this work and an eye on the hand of Providence, the delegates came to a consensus and signed the constitution on September 17. It remained for the delegates to take it home and get their own states to approve and ratify it. They needed 2/3 of the states to ratify it, and on June 21, 1788, New Hampshire became the ninth state to do so. And here we are today, a strong nation built on a strong constitution.

As I’ve read about the constitutional convention, I thought of the volatile disagreements and contentiousness that permeates our current government. I’ve had my doubts as to if we’ll ever pull together and find a way to move forward. Can we work together? Yet I realize that if the antagonistic, even combative, delegates of the constitutional convention worked together, perhaps we can too.

It will help when we stop the name calling and character assassination. It’s OK to disagree; in fact, we can become stronger as we work through our disagreements.

Let’s listen to the other side. I mean, let them be heard without using that time to formulate our own argument.

By the way, I’m not just talking about what our elected leaders need to do. All of us need to become gracious listeners in the neighborhood political discussions.

“First of all, then, I urge that petitions, prayers, intercessions, and thanksgivings be made for everyone, for kings and all those who are in authority, so that we may lead a tranquil and quiet life in all godliness and dignity. This is good, and it pleases God our Savior, who wants everyone to be saved and to come to the knowledge of the truth” (1 Tim. 2:1-4).

It starts with you and me. Let’s seek the hand of God and pray.