You’ve got to love the stories of philanthropists—those who give away large sums of money through donations, trusts, and foundations.

I could go on and on about the generosity of those with wealth and/or power, but let’s turn back to our own attitudes about such philanthropy. Admit it; you’re thinking the same way I am: “If I had that kind of money, I’d give away 99% of it too.”

That sounds so noble and sacrificial, but if you had $87 billion (Warren Buffet’s net worth) and chose to live on a mere 1%, you’d still have $800 million to scrape by on. Nathan Straus believed in giving away his wealth while he was alive, and when he died he only had $1 million in his account.

As generous as he was, he still had one million dollars!

I’m not disparaging their gifts and generosity, but let’s compare that to someone who gave away 100%.

“He looked up and saw the rich dropping their offerings into the temple treasury. He also saw a poor widow dropping in two tiny coins. ‘Truly I tell you,’ he said, ‘this poor widow has put in more than all of them. For all these people have put in gifts out of their surplus, but she out of her poverty has put in all she had to live on'” (Luke 21:1-4).

The billions of dollars given by the big names accomplish much good in our world. But what we give sacrificially out of love for God accomplishes incredible good in our hearts and walk with Christ. The two tiny coins this nameless widow gave didn’t add much to the bottom line of what the temple treasury took in that day, but that’s not the point. 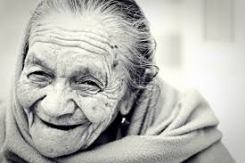 So why did she do it? While Jesus did not tell us nor did Luke give any hint, I can’t help but believe that her gift was motivated by her knowledge of who God is and how He works. She gave in response to God’s grace and work in her life; she loved God because He first loved her.

I’d love to be a Warren Buffet who lives comfortably while giving away billions, but I’d rather be like this anonymous widow.

She gave all she had, but she gained so much more.

post supports the study “The Poor Widow: Faith That Gives” in Bible Studies for Life.

One thought on “Outgiving the Best Philanthropists”