Who you gonna believe these days?

My journalism career did not extend beyond high school. I never wrote hard news. I wrote humorous features, but I do remember learning the basic tenets of writing a news story: You report the facts of the event. (See, Mrs. Knapick, I was listening.)

Times have changed in two ways:

1. News reporters now insert their opinions into the story. Surely, because they know the facts,  they know the right conclusions to draw, right? Hmm, maybe not. It’s dangerous because their opinion usually determines the way the event is reported. Important elements of the story can be downplayed or overlooked if they don’t fully support the reporter’s stance. And worse, they’ve been known to distort the facts.

2. Anyone with a computer can set up a slick-looking digital newspaper. Back in the day, you had to have financial backing, resources, and a major investment in a printing press. Not any more. In our digital age, a guy can mooch off the free wi-fi at McDonald’s, set up a news website, and look as slick as Rubert Murdoch—even though he’s living in his parents’ basement.

But this guy never learned about objective reporting from Mrs. Knapick.

We need wisdom and discernment to separate fact from opinion. It’s not like these news stories are outlandish—like something you’d see in Weekly World News. No, the things they report, the conspiracies they uncover, and the “truths” they expose (that Democrats—or Republicans—are trying to hide) all sound so legit.

Why  would anyone buy into what they’re saying? Because it’s in line with their own opinions or political persuasion.

I’m sure I’m not immune. So again I say, we need wisdom and discernment to separate fact from opinion. 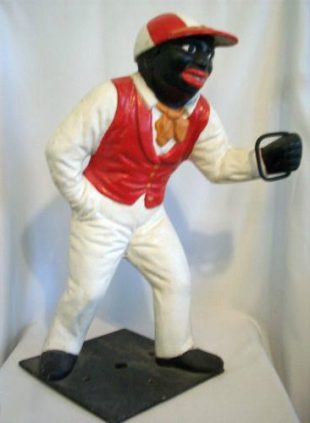 Recently, a friend posted a story about the true history of lawn jockeys. In response to the idea that people who place these lawn ornaments in their yards are racists, this story reports that the lawn jockey speaks of a love for the African-American. The idea is that people along the historic Underground Railroad displayed these as guides for runaway slaves.

I’m cynical of a lot of stories, and I was no less cyncical of this. It seems awfully complicated. And in the dark of night how could a runaway slave tell what color the lawn ornament was sporting? So, I went to some sources I have found reliable (like www.snopes.com). The conclusion is the use of lawn jockeys as tools in the Underground Railroad is unproven, and possibly unlikely. I shared this with my friend, who forwarded links that supported the opposite viewpoint.

Without discernment, we believe what we want to believe, and we lean toward those sources that support our presuppositions.

Can I say it again? We need wisdom and discernment to separate fact from opinion.

If you could ask God for anything, what would it be? When Solomon was handed the throne of Israel, he asked one thing from God.

“Give your servant a discerning heart to govern your people and to distinguish between right and wrong. For who is able to govern this great people of yours?” (1 Kings 3:9).

You may not be leading an entire nation, but you parent a child … supervise a team at work … speak up in a Bible study. You do something that calls for wisdom. You need wisdom for yourself and those under your influence.

Where do we get wisdom? We gain wisdom as we look to God, even as Solomon  did.

“The fear of the Lord is the beginning of wisdom, and knowledge of the Holy One is understanding” (Prov. 9:10).

So how does that help me discern legit news reporting from the yahoos with a website?
I want my heart centered on Christ. I want to be influenced by His kingdom and not my own political leanings. I have found that the more I focus on Christ, the less I am blinded by my own opinions. I haven’t got this down perfectly, but I’m working on it.

Gaining wisdom from God is not a one-time event. We must look to Him and seek His counsel continually about what we should believe and act upon. Solomon is proof. Later in his life. he stopped looking to God, and he foolishly married women he should not have been marrying.

Seeking God’s wisdom and discernment is a daily, even moment-by-moment, endeavor.

“If any of you lacks wisdom, you should ask God, who gives generously to all without finding fault, and it will be given to you” (Jas. 1:5).

Keep seeking. Keep asking. When you depend on God, seeing things from His vantage point helps you discern the truth.

One thought on “Wisdom in a World of Fake News”