The 20th century gave us the well-known icon “The Man of Steel.” Of course, his family knew him as Josef Dzhugashvili.

Oh, did you think I was talking about Clark Kent? Sure, there was that man of steel, but he wasn’t the first. In a letter written to a newspaper on January 12, 1913, Josef Dzhugashvili first gave himself the nickname “man of steel.” 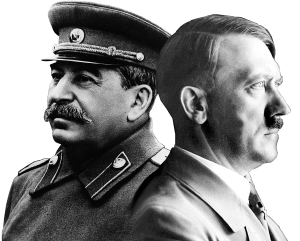 Most people would name Hitler as the most hated man of the last century, but he was far from the worst. Hitler had over six million people exterminated (in addition to all those who died in the war he brought to the world). But Stalin had between 54-57 million people killed. That’s close to ten times more than what Hitler did.

So what made Stalin a man of steel? Stalin probably saw himself as strong as steel, wielding a hardened iron to see that he was victorious in whatever he did.  But he seems to me to have been unfeeling and as cold as steel.

I prefer a Man who is just the opposite of a man of steel. Consider this prophecy about Jesus:

“Here is my servant, whom I uphold,
my chosen one in whom I delight;
I will put my Spirit on him,
and he will bring justice to the nations.
He will not shout or cry out,
or raise his voice in the streets.
3A bruised reed he will not break,
and a smoldering wick he will not snuff out.
In faithfulness he will bring forth justice;
he will not falter or be discouraged
till he establishes justice on earth.
In his teaching the islands will put their hope” (Isa. 42:1-4)

A servant … He will not raise his voice … He will not even break a bruised reed. That’s quite a different description from being a man of steel, yet Jesus is the one who brings justice to the nations and the One in whom we put our hope. He is the One who brings victory.

I’ll gladly take the Lamb of God over the man of steel.