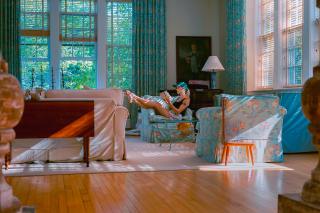 Stories are powerful things. Some of our earliest memories are stories being told to us or maybe a parent reading a favorite storybook over and over. Even as an adult, have you ever reread a novel simply because you loved the story? I can be channel surfing and stumble on a movie I’ve already seen countless times, but I’ll put the remote down and lose myself in the movie. Why? Love of the story.

Pick up any book on effective preaching or public speaking in general, and you’ll find the author talking about the power of a good story or illustration.

Several years ago, I had the privilege of updating the leader resources for the student edition of Experiencing God. We decided not to update the video portion with another talking head, someone just talking to the students. Instead, we told a story. Over nine episodes, we unfolded a story that captured the attention of students. As they got caught up in the storyline, they were challenged to relate the principles they were learning from Experiencing God to the characters in the story. It worked.

Stories are powerful. They can teach us without our awareness that we are being taught!

You can go all the way back to Aesop’s Fables to see how a simple story can teach a moral. And you can go further back than that. The ancient Scriptures we call the Old Testament use the stories from history to teach us who God is and who we are. 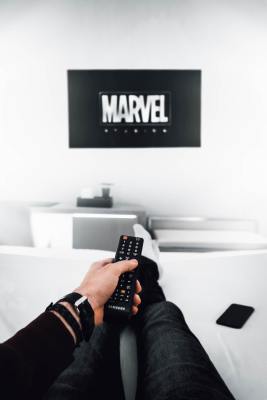 There’s a dark side, though, to the power of stories to teach. Stories have a way of “transporting” us. As we get caught up in the story, we often let our guard down and don’t reflect on what is being communicated. We overlook an offensive word or two because we’re focused on the story. We overlook the sexual behavior of the characters because we’re more caught up in the story. Over time, we learn to accept whatever is being communicated. Just consider the impact James Bond movies in the 60s had on views of sexuality.

We’ve now had 40 years of Star Wars with its incessant talk of the Force. The good side of the force, the dark side of the force. Anyone familiar with Hindu teaching will recognize the influence of Hinduism on the Star Wars universe. The Force with its dual sides reflects the duality taught in so many Eastern religions and philosophies, and culture has bought into it. Our thinking and approach to life are influenced by the stories we’re drawn to.

I’m not opposed to watching movies, but I do encourage us to think about the storylines, characters, or behavior in light of biblical truth. Is it teaching something, however subtly, that is not biblical? The other side is also true: we can also find hints of biblical truth in movies. Look for what is being taught.

Let me bring this around to the season we’re in: Christmas. Christmas offers us the most incredible story–the story of God coming to earth as a baby—but that story is often overshadowed with another one: Santa Claus. Sure, we know one story is true and the other one is false, but the Santa narrative is alive and well. Santa overshadows Jesus, even in many Christian families. We know Santa is not true, even though we tell our children it is! We treat Santa as the “fun” part of Christmas, but even when we “age out” of believing in Santa, we are still impacted by what the Santa narrative teaches.

We say we don’t believe in Santa Claus, but his story impacts our theology.

Let’s think clearly of what the “innocent” story of Santa communicates.

Frankly, I find the other Christmas story—the true one—a far more captivating story. God loves us in spite of how unloving we are in return. Love compelled Jesus to come to earth. He gave up the glories of heaven and He gave up His very life to give us what we do not deserve. He became like us so that we could be like Him. That’s a story worth repeating over and over again!

Enjoy Christmas. Relax and watch a movie or two. But keep your mind ever on the incredible story of Jesus.

His story has much to teach us. 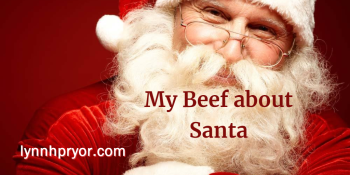 3 thoughts on “The Power of a Good Story”