Churches fought the “worship wars” 10-20 years ago. These days, churches are squabbling over that break in the worship service when we’re called to greet other people. The “meet-and-greet” looks more like a mad quest to shake as many hands as possible before the music stops. 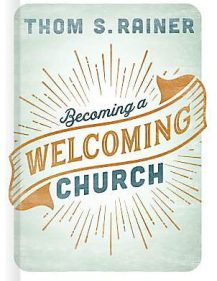 There. I said it. I do not like this break in the worship. But I’m not the only one. In Becoming a Welcoming Church, Thom Rainer noted a survey that discovered 60 percent of church members dislike it—and 90 percent of guests dislike it too. Ninety percent! Nine out of ten of those we want to welcome with this disruption in the service would rather we didn’t!

I am currently serving a local church as their interim pastor. I love being with this church family, but I’ve made a few changes.

They let it slide the first week. He forgot. But after the second week with no “greet your neighbor” routine, several church members let me know. I was informed of how much they enjoyed it and how important it was to make our guests feel welcome.

I stood my ground for three reasons.

1. It’s forced. If people are going to talk and welcome one another, they’re going to do it anyway, without me standing on the platform “ordering” them to do so. It reminds me of when my sons were kids. After a fight, I’d sit them down, talk it through, and get them to apologize and shake hands. Some times, I even told them to hug. They knew it was the right thing to do, but now it was a forced handshake/hug because Dad was standing there directing it to happen.

2. It’s superfluous. In churches I visit that include a “meet and greet,” it’s always done on the front-end of the service. Before the service starts, people mill around and talk. But once the service starts, we sing a song, and then we stop and are told to “Greet those around you.” We’re directed to do the very thing we were doing FIVE MINUTES EARLIER.

3. It stops the flow of worship. The intent of worship is to draw attention to Jesus Christ. We start with a song or two that gets us singing to Him and praising Him. When we stop for the meet-and-greet, we lose any momentum in worship. I’ve watched as the worship leader tried to pull us back into worship, even as people continued to mill around during the next song.

I’m not against greeting one another. I want us to do it. But there are far better—and more natural—ways to show genuine friendliness and hospitality.

A few months ago (when the church was still doing the “meet-and-greet” routine), I entered the sanctuary 10-15 minutes before the service. People were milling around. They were not merely shaking hands; they were having conversations. I spied a young couple who were guests, and they were surrounded by 3-4 church members who were engrossed in a conversation with them.

Twenty-minutes later, we had the standard meet-and-greet. Again, the church family was milling around shaking hands, but the young couple stood all alone. No one talked to them. No one shook their hand.

They never came back.

What was different? For the regular attenders, they had a routine. They offered a cursory greeting and quickly shook the hands of those they usually shake hands with. They knew time was limited, so any “howdy” was quick and perfunctory. Guests sense the forced awkwardness of this routine, which is why, as I noted earlier, ninety percent of them dread this moment in the service.

I shared this Sunday morning observation with the church family, and I told them this was why we needed to stop this disruption in the service. No one has complained since. (At least they’ve not complained to me!) I just had to point out that they were already doing the best form of “meet and gtreet” possible:

It’s authentic. It’s not forced. It’s not hurried. And that’s the way to meet and greet people.