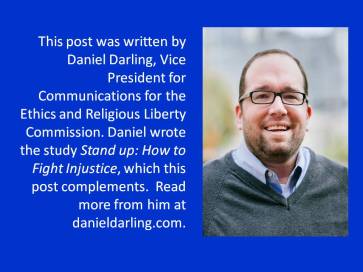 Almost everything about the story of Esther is “wrong.”

The world of Persia was a cruel and messed up world. God’s name is not even mentioned once in the Book of Esther. And yet, this book shows the faithfulness of God when His presence seems most obscured. God’s promise to preserve His people is tested by the genocidal aims of the power-hungry Haaman.

In the story of Esther, memorialized by the Jewish people during the feast of Purim, God raised up a flawed queen and an equally-flawed uncle in Mordecai. They risked everything to save Israel.

The temptation when studying the Book of Esther is to make the book about Esther. It’s true that, in a moment of crisis, she risked everything for her people. But the real story of Esther is the One whose name is not mentioned. God was behind the scenes working to preserve His people and bring justice on behalf of the vulnerable.

There is much for us to learn and apply from Esther to the world in which we live.

post supports the study “Stand Up and Speak” in Bible Studies for Life.

4 thoughts on “God’s Silence is Not Inaction”