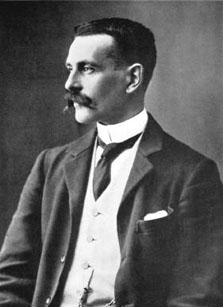 Exactly my point. Swinburne might have been everyone’s favorite Scottish chemist had he not been so overly cautious.

Swinburne (born February 28, 1858) was actually an electrical engineer, but he was trying to find a way to insulate electrical wiring. (If you’ve ever touched a wire that wasn’t wrapped in insulation, you know why this was kinda important.) Folks had already played around with mixing phenol and formaldehyde, but Swinburne discovered a way of heating it and shaping it into something useful. We don’t call it “baked phenol and formaldehyde;” it has a simpler name: 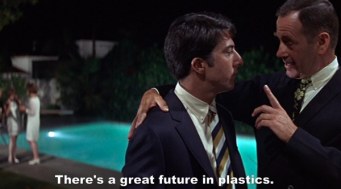 But Swinburne took his time with doing anything with his invention of plastic, and when he finally got around to taking it to the patent office, someone had beaten him to it—by one day.

Swinburne was the first to invent plastic, but he would not reap the benefits of his discovery.

I don’t know who first said this (but a dozen preachers would like to take credit for it), but it rings true:

Maybe the point I’m driving at speaks to that invention you’ve been working on in your basement. But I’m guessing it more likely speaks to your need to …

The opportunity won’t always be there.

For those dying to hear the rest of the story …

2 thoughts on “When Procrastination Bites”