You want to get from Point A to Point B. What do you do?

I used to study maps religiously—but then along came GPS. Woo hoo! Now I drive without thinking—just doing what someone else tells me to do. (A braver man would compare that to marriage, but I’m not that brave.)

But there’s something adventurous about just setting out on the open road with no clear directions. On the occasional Sunday afternoon, my wife and I go out into the county and … “Let’s see where that road will take us.” We call it “having an adventure.” 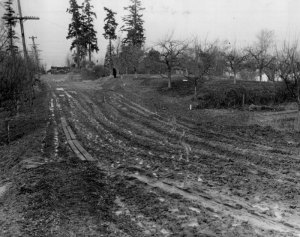 A hundred years ago, that romantic notion of an adventure was a way of life for the traveler—and it was far more hazardous than romantic.

Do I go right or left at this fork in the road? Where’s food? Where’s gas? Drivers were constantly stopping strangers and asking for directions. It had to be a golden time for practical jokers who could send you in the wrong direction. 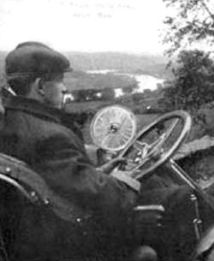 Along came the Jones Live-Map: a device that attached to the outside of the car—close to the steering wheel—and was connected it to the car’s front wheel. It held a disc that rotated in relation to the speed of the car. The disc contained distances between intersections and indicated where to turn. You would know where you were and how to get to Point B. 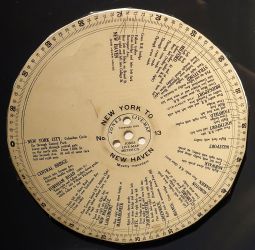 While the Jones Live-Map was popular,  it didn’t last long. With each succeeding year, more roads were improved, and Rand McNally got seriously busy printing road maps.

So here we are: entering 2017. God has a plan for you this year. He desires to do great things in you and through you. Trust Him. Follow the direction He has given you through His Word. But you know sometime during the year—perhaps during the first 15 minutes of this new year—you’re going to veer off course. And when you do, consider your walk with God as GPS, not a Jones Live-Map.

Some people view living for God that way. They approach the Christian life legalistically. They seek to follow God’s Word without wavering.  That’s good, but they think if you miss one command, you’re toast, You’ve blown it. You are on your own.

2. Grace. With my GPS, if I miss an exit, she kindly redirects me to get me back on the route. She’s not obnoxious about; she just helps me get back. That is the Christian life. God’s Word shows us how to live, but when we get off course, He tells us how to get back on course.  In describing the power of Scripture, Paul said,

“All Scripture is God-breathed and is useful for teaching, rebuking, correcting and training in righteousness” (2 Tim. 3:16).

See that word “correcting?” God rebukes us when we sin, but out of His grace, He lovingly gives us correction. And puts us back on course.