I am a firm supporter of the fundamental right of freedom of religion, but that doesn’t mean every religion is equal.

“What an arrogant statement. Who are you to say your views are better than mine? Your statement implies my beliefs are inferior—and even wrong.”

Christianity offers a lot to offend people. Taking a stance on righteousness, ethics, and morality offends those whose lifestyle or practices fall on the wrong side of biblical teaching. But the most offending thing in Christianity is the idea that Jesus is the only way to heaven.

Most Americans disagree that Jesus is the only way. 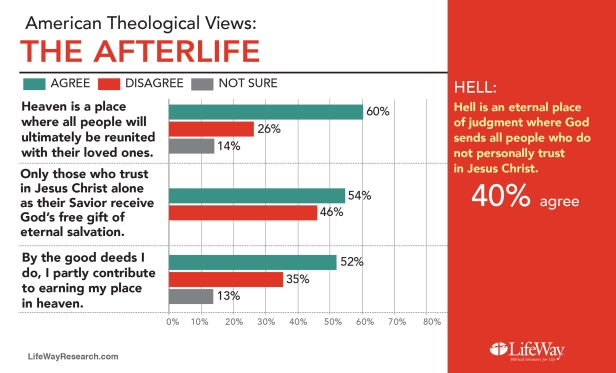 LifeWay Research found that 46% of Americans believe there is more than one way to God. And according to a report from Pew Research, that’s true among Christians too!

Wow. Have I misunderstood Jesus?

“I am the way and the truth and the life. No one comes to the Father except through me” (John 14:6).

I’m not the only one who took Jesus’ words at face value. Peter was in the room when Jesus spoke those very-exclusive words, yet he said at a later date:

“Salvation is found in no one else, for there is no other name under heaven given to mankind by which we must be saved” (Acts 4:12).

Let’s be clear. It is an exclusive statement.  It leaves every other religion and philosophy out, and in our politically correct culture where no one should feel slighted and everybody gets a trophy, it’s just mean. And arrogant.

Since it’s true, we should not back down from proclaiming the truth of Jesus. The exclusive nature of the gospel means that people—no matter how religious or sincere they are—are lost without Jesus. We should be bold.

In our current culture, talk about Jesus calls for courage. And it also calls for love and grace.

Unfortunately, we can easily come across as arrogant about the truth of Jesus, but we can squelch that impression if we listen to the other person’s views. Not arguing, just listening. We earn the right to be heard, and when our turn comes to share our views, we can couch the gospel in a lot of love and grace.

After all, two other things ares exclusive to the gospel: love and grace. Let’s courageously speak the truth—and let’s speak it in love.

post is based on the study “Unstoppable Courage” in Bible Studies for Life.

A printable version is available to share with others: The Arrogant Truth About Christianity

2 thoughts on “The Arrogant Truth About Christianity”