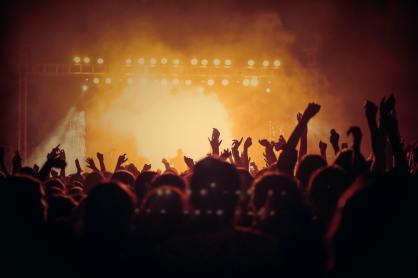 We have a really bad habit in America of worshiping celebrities. If someone gets a little notice or notoriety for whatever reason, we start lifting them higher than other people. Justin Bieber has over 114 million Twitter followers. It’s not like he’s doing or saying something profound. He sings songs. And Kim Kardashian has 318 followers on Instagram! The only thing I can figure she’s famous for is for being famous.

Of course, those in the church see the folly in the way the culture chases after celebrities. But before you shout amen, we do it too. The Christian subculture has its own celebrities: large church pastors, singers, and authors/conference speakers.

I do not intend to disparage these people. (Well, not most of them.) They’re good at what they do; they’re gifted. And because they perhaps speak to our hearts, we start to follow them. They develop quite a following, and they start to seem bigger than life. Without setting out to do so, we’ve made them Christian celebrities.

This is nothing new. Polycarp (A.D. 69-155) was one of the early church fathers. He was part of the generation of church leaders who came right after the apostles. In fact, Polycarp was likely mentored by the apostle John. He served the church in Smyrna, but when he was martyred for his faith, his status shot way up. He became a 2nd-centurty celebrity. Shortly after his death, a letter came from his church describing how the bones of Polycarp were gathered up and his bones were considered as “being of more value than precious stones and more esteemed than gold.” Every year thereafter, the church had a great celebration at the anniversary of his martyrdom. The letter ended on this worshipful note: “The blessed Polycarp … to whom be glory, honour, majesty, and a throne eternal, from generation to generation. Amen. [Rodney Stark, The Rise of Christianity (Princeton University Press, 1996), 182.]

We must guard against becoming enamored with certain Christians in the public eye. They may have a platform, a way to reach many people, but they are still just people—not unlike you and me.

I’ll confess that in the early years of my ministry at Lifeway, I was a little star struck with some of the people I’d met. Wow. I’m sitting in a meeting with so-and-so. We’d be eating out and see a well-known Christian musician a few tables over. Hey, he likes the same chimichanga I do!

But then I got to know some of them. I’d take them to the airport and have normal conversations. Like normal people. I shared a meal on occasions with different “names,” and we just talked about normal stuff. I ran into one I knew at a video store, renting videos for his kids just like I was doing. Some members of an iconic Christian band lived on my street—a normal neighborhood where we all mowed our yards.

Normal people. Servants of God just like we’re called to be.

“Love one another deeply as brothers and sisters. Take the lead in honoring one another” (Rom. 12:10).

Unfortunately, there are a few of these “celebrity Christians” who do have a touch of ego or a sense of entitlement. Maybe some of them started well, but they started believing the hype and adulation being heaped on them. I’m thinking of Christian artists who demand a high price or have contracts with all sorts of demands, down to the brand of coffee and chocolates they expect in the green room. I’m thinking of the preacher paid $3000 to preach one Sunday at a church but threw a fit because it should’ve been $5000. Unfortunately, it happens.

The phrase “Christian celebrity” should be considered an oxymoron, a contradiction in terms. Celebrity comes from the word celebrate, and there’s only One we are to celebrate: Jesus Christ. There is no other.

Let’s keep the focus on Him. The rest of us are just His servants.

“For by the grace given to me, I tell everyone among you not to think of himself more highly than he should think. Instead, think sensibly, as God has distributed a measure of faith to each one” (Rom. 12:3).

If you would like a printable version of this, check out PrintFriendly.

8 thoughts on “Can We Stop Turning Christians into Celebrities?”