Life can seem full of contradictions. Consider these statements we’ve all heard:

We’ve heard these phrases so much we call them clichés. You probably just glanced at them, but nodded to their sentiment. I mean, who’d disagree? But let’s look at those statements again. 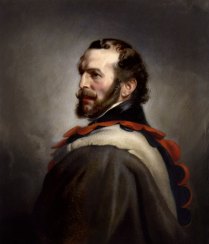 John Rae was a physician who investigated one such contradiction. Dr. Rae (whose birthday was this week, September 30) may have been a medical doctor, but he’s known more for his travels as an explorer. In the 1840s-50s, he did much to help map out and explore the Northwest Passage, that desolate part of northern Canada that is cold. Seriously cold.

John Rae was well known for his physical stamina. He could travel for miles in the harshest conditions and live off the land. It helped that he learned from the indigenous people in the area, the Inuit. And one of the skills he learned from them was contrary to everything he knew. He learned to use ice to keep himself warm. 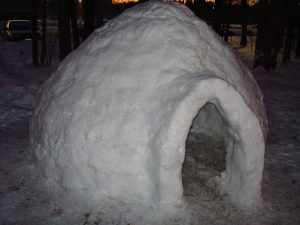 We’re familiar with the image of igloos, but it’s not just a way to get out of a bad weather. An igloo can actually keep you warm. All that icy snow is full of air pockets, and air is a great insulator. The inside of an igloo is insulated, and it’s your own body heat that warms up the place. And put two or more people in there and, hey, the place can be quite toasty.

We put ice in a drink to keep it cold, but we can surround ourselves with ice to keep warm. It sounds contradictory, but it works. And John Rae may have been one of the first non-natives to embrace this contradiction..

One contradiction worth embracing came from Jesus.

“Whoever wants to save their life will lose it, but whoever loses their life for me will save it” (Luke 9:24).

Do you want to live? Then die.  Jesus was not advocating some cultic suicide that launches you to a better life in the great beyond. He invited us to die to our own wants and wishes, our own idea of what a full life looks like. Die to those ideas, turn to Christ instead, and you’ll find life like you never imagined.

Hope. Contentment. Joy. Peace in the middle of storms. Life.

Do you want life? Die. Lose yourself in Christ—and find everything. That’s a contradiction worth embracing.

“What no eye has seen, what no ear has heard, and what no human mind has conceived”—the things God has prepared for those who love him” (1 Cor. 2:9).