There’s nothing worse than an argument that just will not die.

In those moments, we often want to yell, “ENOUGH ALREADY!”

But then again, maybe it’s …um, you who keeps resurrecting the argument.

Consider the fate of Pierre Dupont de l’Étang. Dupont was a French officer in Napoleon’s Army. As the story goes, Dupoont was charged with standing guard outside a certain ball.  Another French officer, François Fournier-Sarlovèze, showed up without an invitation and Dupont wouldn’t let him enter. Hey, the guy was just doing his job. But this irked Fournier, so he challenged Dupont to a duel. 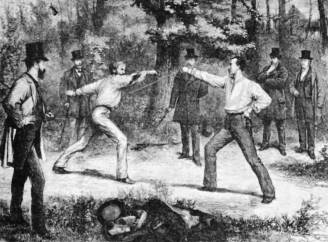 These two men went after each other with swords, and Dupont wounded Fournier. Dupont won, right? Nooo, this only irked Fournier more. He challenged Dupont to another duel, and this time Fournier got the upper hand and wounded Dupont. But now it was Dupont who was cheesed; after all, he won the original duel.

So a third duel was planned, but this time they were both wounded.

The duels might’ve continued if Dupont hadn’t fallen in love. He told Fournier he wanted to marry and have all this mess behind him. In a duel with pistols in the woods, Dupont tricked Fournier into firing at empty clothing. Dupont got the upper hand, and at close range with his own primed pistol, he made Fournier promise to drop the matter and never duel again.

What a silly and petty duel that could’ve ended tragically for one of them. Even as it was, they were consumed with a bitterness that served neither one of them.

We see the stupidity of it, yet we do it today. I’m so tired of hearing of Christians—whole church bodies—fighting over the pettiest of issues.

I’m sure to the people in the middle of such a discussion, it is not a petty matter. But does it really matter in the eyes of Jesus? Does deciding one way or another about worship style or tattoos impact the kingdom of God? 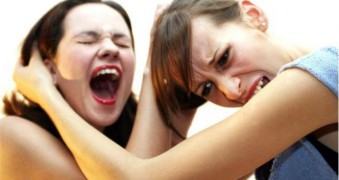 Yes, it does impact the kingdom of God—but not in a good way. People see our pettiness and wonder where Jesus is. Isn’t His love in our lives supposed to make all the difference?

“By this everyone will know that you are my disciples, if you love one another” (John 13:35).

When I see two Christians who can’t resolve their differences amiably, I see two poor examples of what it means to follow Christ. . Think I’m too harsh?

Brothers and sisters, we’re killing our churches and our witness in the community with our infighting and pettiness—and it’s gone on long enough. It’s time to put down the swords. It’s time to kiss and make up.

One thought on “How Long Will You Let an Argument Continue?”