Let’s give a birthday shout out to Gary Dahl, who would’ve turned 81 on December 18.

Gary Dahl launched one of the weirdest fads in the 70s—and that’s saying a lot considering it was, well, the 70s.

In 1975, he sat with a group of friends and listened to them whine about their pets. I get it. Pets smell, shed, and chew on things. You can’t just spontaneously be gone for the day—or for the week. You have to plan for them. And then there’s the vet bills.

Dahl had the solution. A rock makes the perfect pet. He carried this barroom conversation further. He took smooth stones from  Rosarito Beach in Mexico, put them in a little box with care and feeding instructions, and sold a few as a novelty.

And then it took off.  Pet rocks were a huge seller nationwide during Christmas 1975. The novelty only lasted for six months, but in the end Dahl sold 1.5 million rocks and walked away a millionaire.

I love the silly and the absurd, but I remember walking through the Houston mall that Christmas, seeing huge displays of cardboard boxes with “pedigree rocks,” and thinking, “That’s just stupid. We’ll buy anything.”

I never bought a pet rock, but I have bought my fair share of things that truly had little or no value. This was stuff that seemed highly important to me at the time, but I later wondered, “Why?” My treasure morphed into trash that found its way into the Goodwill bin.

Yet the things I truly value were freely given to me: love, grace, a fresh start. I’ve learned by experience what Paul meant in Philippians 4 when he said he had learned contentment regardless of whether he had much or had little.  He had learned to value the eternal things he had in Christ and be content; that’s why he said, “I can do all things through Christ (Phil. 4:13). [You might check out “Let’s Stop Misquoting Philippians 4:13.”)

Whatever is hot and trendy this Christmas season will be next year’s pet rock. But what we have in Christ only grows in value. And it’s free! 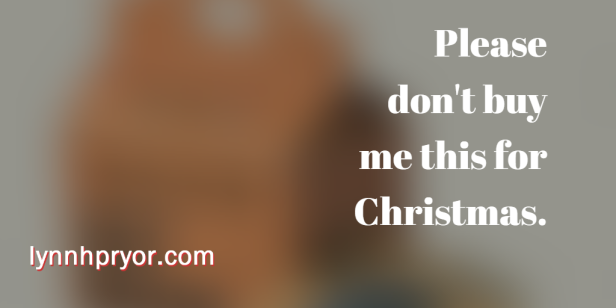