Just because others don’t see the importance doesn’t mean it’s not important.

On one of those nasty winter days complete with freezing rain. Mary was riding a streetcar, observing the poor visibility the driver had. The front window would swing open, and the driver would reach out and wipe the snow away momentarily—but in the process he let the nasty weather blow into the streetcar. 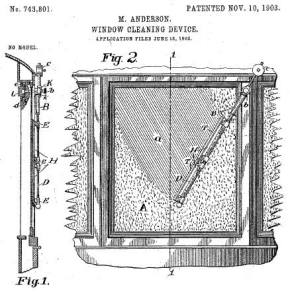 Such a “luxury” was not available on most vehicles. Drivers usually just stuck their heads out the window to see, or they frequently stopped to clean the window. And a lot of people just drove by intuition.

Right then and there, Mary began sketching out an idea.  She patented the first windshield wiper on November 10, 1903. It was a great labor-saving device, not to mention it made the vehicle safer.

Gradually over time, car manufacturers adapted the idea, but not before her patent expired in 1920. Within two years, Cadillac made windshield wipers standard equipment. But Mary Anderson never made a dime.

In reviewing different sources, I find no record that Mary Anderson was bitter or fought back. She simply returned to her home in Alabama and lived her life working in real estate.

Just because others don’t see the importance doesn’t mean it’s not important.

We’re surrounded by people who’ve made big and small contributions to our lives, people who receive no recognition. And most of them do it without a burning desire for recognition. Maybe they just see it as their job.

Observe the people around you and thank them for what they do—no matter how simple or insignificant that contribution may seem. Even if they earn a paycheck while doing it. We all gain a great emotional boost when people acknowledge us and what we do.

Mary Anderson contributed to our cars, even though she never financially benefited. We may not be ale to boost the income of those around us, but we can boost their spirits with the right words—words of recognition and appreciation. 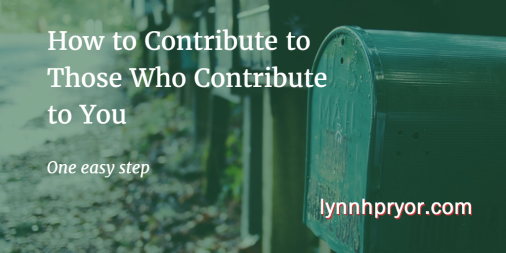