Names often have a way of losing their original meaning.

Motorola. This week (September 25) marks the anniversary of this company that we all associate with cell phones. But when the Gavin Brothers launched the company in 1928, they were working on a car radio most people could afford. Two years later, they had it, so they combined the words “motor” with the name of the widely-popular Victrola phonograph and came up with Motorola.

Canon. The company’s first camera was called Kwanon, named after the Buddhist goddess of mercy. To make the camera more appealing in America, they changed Kwanon to Canon.

Saab. At the outbreak of World War II, the Swedes needed airplanes. Svenska Aeroplan Aktie Bolag (Swedish Airplane Corporation) opened for business and supplied the Royal Swedish Air Force with planes. When the war ended, they switched to manufacturing cars, but they keep the name SAAB. 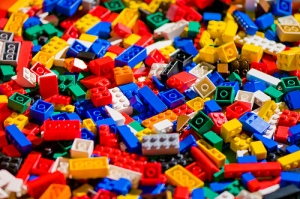 Sharp.  In 1915, Tokuji Hayakawa invented the “Ever-Sharp Mechanical Pencil.” Although business was quite good, an earthquake destroyed the plant in 1923. They decided to move from pencils to radios, but they kept the name Sharp.

We have three examples of company names.

I am aware of one name that, unfortunately, has done all three.

Some people carry the name Christian, but they have added so much more to its meaning. They’ve added politics … or rules … or rituals … or cultural expectations.

They’ve added so many layers that have nothing to do with walking by grace and faith in Christ.

Some people wear the label of Christian, but they define it by their own standards.

Both approaches have made Christian something it’s not. The word literally means an adherent—a devotee— of Christ. The word only appears in the Bible three times, and each time, it carries a hint of derision.

In each case, Christian had to do with how the outside world saw believers. They meant it in jest and contempt, but believers embraced the name along with the suffering they endured for the name of Christ.

Let’s return to our name. Let’s be identified as those who are truly devoted and committed to Jesus Christ. Let’s lose  it as merely a sign of family heritage. Let’s lose it as a political identity. Let’s lose it as just a way to explain our religious views.

3 thoughts on “Can We Return “Christian” to What It Means?”