Vaccinations remain one of the hot topics of debate, but regardless of which side of the needle you fall on this issue, there is one vaccination you need.

But first, read this fascinating story.

Before ebola, AIDS, and other serious infectious diseases, there was smallpox. Smallbox spread by human contact, and about 1/3 of those who caught it died. Those that lived were often severely scarred over their faces and bodies, and many were left blind. 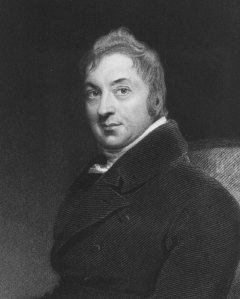 All that changed with Edward Jenner (whose birthday—May 17—is remembered this week).  It was 1796 in England, and Dr. Jenner noticed that the local milkmaids were not concerned about getting smallpox. Their work with cattle gave them cowpox, which turns out to be similar to smallpox, but extremely mild by comparison. Consequently, they acquired an immunity that also worked against smallpox.

Hmmm. Jenner began to wonder about the connection between the two infections. So when a local milkmaid, Sarah Nelmes, showed up for treatment for cowpox, Jenner took the opportunity to test an idea. 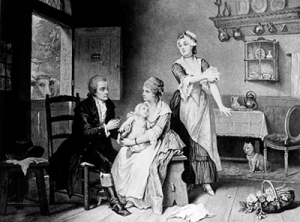 Today’s American Medical Association would severely frown on his methods, bar him from practicing medicine, and reduce him to playing doctors in commercials rattling off the 300 side effects of this week’s newest drug, But things were different in 1796. Jenner took the young son of his gardener and cut him, creating a small open wound. He then had Sarah Nelmes rub the cowpox lesions on her hand against the boy’s open wound. No surprise: the kid got sick with cowpox.

In another act that would’ve gotten today’s medical profession cheesed, Jenner intentionally exposed the boy to the dreaded smallpox a few weeks later.

Dr. Jenner’s unorthodox methods showed that a mild case of cowpox served as a vaccination against smallpox. And within 200 years, the dreaded, deadly smallpox disease was eradicated from the world. (The last known case was in 1977.)

Cowpox provided the needed immunity, and by mixing a small amount of someone else’s infected blood with your own, you gained both the infection and the immunity.

Christ offers us His blood. He took our sin—our deadly infection—upon Himself. He shed His own blood on our behalf, and His blood offers us immunity from the death we deserve.

Since Edward Jenner’s day, science has made great strides and improvements in the process of vaccination. But we cannot improve on the ultimate vaccination we need: freedom from sin and death.

The blood of Jesus Christ is still the only way.