We hear a lot of talk—a lot of concern—about our rights. As Americans, we are thankful for the rights that have been spelled out for us in the Bill of Rights. At the same time, we are constantly looking over our shoulder because of a perceived threat that such-and-such group is taking away our rights.

If you are a Christian, you have no rights.

No group took your rights away from you. You gave them away.

Jesus said, “Whoever wants to be my disciple must deny themselves and take up their cross daily and follow me” (Luke 9:23). Jesus told us to count the cost of following Him. When we come to Christ, we don’t just come to Him as Savior; we come to Him as Lord. Lord. He calls the shots. He owns us. We are no longer our own, but we were bought by Christ (1 Cor. 6:19-20).

We don’t make ourselves doormats for anyone and everyone to walk on, but we are to be considerate of the preferences and desires for the sake of others.

“In humility value others above yourselves, not looking to your own interests but each of you to the interests of the others” (Phil 2:3-4). 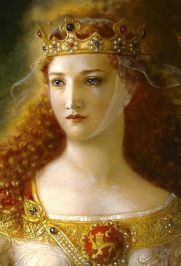 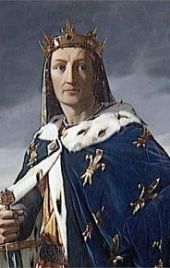 Have you ever heard the name Eleanor of Aquitaine? She was the queen of France in the 12th century, and she is considered one of the most powerful women. Ever.  When her husband, King Louis VII, returned from fighting the crusades, he walked into the castle clean shaven. My wife would’ve liked that (I look seriously pathetic with a beard), but not Eleanor. She thought her clean-shaven husband looked hideous, and she insisted he grow back his beard.

Being the sort of husband he was, Louis refused. Eleanor responded by divorcing him. Things were obviously not going well for the couple—but it only got worse when Eleanor turned around and married the king of England. The squabble in their now-defunct marriage led to a squabble between two countries that lasted almost 120 years—the Hundred Years’ War. The pettiness over a beard led to political alliances that led to war, which led to the deaths of 3.5 million people.

We can shake our self-righteous heads at the pettiness and unnecessary tragedy of this event, but we do the same thing in the church.

To the outsider, these things appear petty, but we in the church have made them a big deal. A me-centered attitude leads to fighting and divisiveness—and that is not petty.

The greatest detriment to the church’s witness in the world is how we treat each other. So let me challenge you, follower of Christ, to do your part. Quit insisting on having things your way. After all, you have no rights. You gave all your rights to Jesus, who calls us to follow Him in grace and love.

3 thoughts on “Christians Do Not Have Rights”