Don’t let anyone ridicule you or your plans. Just ask William Seward.

You would think buying a few acres at two cents each would be a great deal, but it was March 30, 1867—and most people thought it was a lame idea.

OK, so maybe Seward bought more than a few acres. In fact, he bought almost 425 million acres for $7.2 million dollars (which might get you one McMansion in the county where I live).  But still, two cents an acre is pretty sweet. 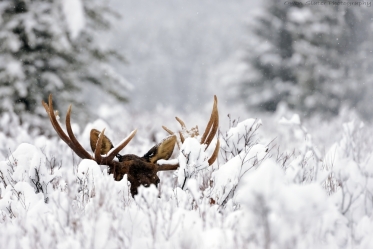 The people’s beef with Secretary of State Seward was that all this acreage was buried under snow and moose in Alaska. What can you do with that??

Russia owned it, but they didn’t want it. The Russians were deeply in debt, and they needed money more than moose, so they were quick to offer Alaska to the United States. 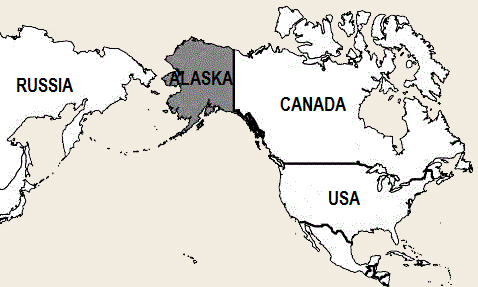 And why did Seward want it? This sounds funny now, but it was part of a ploy to annex the western half of Canada. The Americans and British were still not sending each other Christmas cards, and Americas wanted to get those pesky Brits out of their neck of the hemisphere. Seward’s rationale was that, by annexing Alaska, it would be easier to annex the western half of Canada.

The plan backfired. By annexing Alaska, we actually pushed the Canadians into the arms of the British Federation (which is a lot like Star Trek’s Federation of Planets, but with Michael Bublé instead of Klingons).

So people laughed at what they called Seward’s Folly—until gold was discovered 30 years later. We know now that Alaska in one of our greatest resources, chock full of oil, minerals, and snow mobiles.

Don’t let anyone ridicule you or your plans. Even if your plans go awry, they can still have great value. I am not offering any Joel Osteen-ish “Just believe in yourself and you can do it” pablum. Far from it. Instead, I challenge you to surrender yourself and your plans to Jesus Christ. Live under His lordship, and live out the strengths, skills, gifts, and interests He has instilled in you.

In other words, do what God has called you to do. Be the person He desires you to be. Even if no one sees the value in your plans—or worse, they don’t see the value in you—stick with it. Value and effectiveness are not determined by the opinions of others; who you are is determined by Christ. Love Him. Serve Him. If no one showers you with accolades now, just know your obedience to Christ will one day be openly acknowledged by God Himself.

There’s no folly in that.

One thought on “Your Folly May Not be Folly After All”