In my younger days, I was that guy the others fought over when choosing sides for a game.

“You take him.”
“No, you take him.”
“We’ll take Ralph instead.”
“Ralph’s not even here!”
“We know. But we”ll do better with an absent player than with Lynn.”

OK, so sports are not exactly my thing. I know that’s un-American to say during this time of Super Bowl mania. ESPN is programmed out of my TV, and I could not tell you the name of a single player for the local Tennessee Titans.

But there is one sport I enjoy. Cycling. 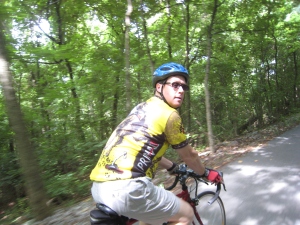 For many years, I thoroughly enjoyed coming home from work and getting in 20-30 miles. And there were those early morning long rides on Saturday. I was never in the league with some of my friends who put in 200-300 miles every week, but I wasn’t doing it to compete with them.

I did it for the sheer enjoyment. 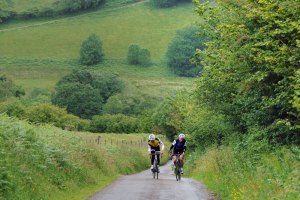 Cycling is not always easy.  Two particular steep hills in Williamson County were my nemesis. The first few times I attempted them, I’d stop halfway up to die. But then I’d keep going. I learned to endure. Those steep climbs were tough, but they were worth it.

This experience mirrors my walk with Christ. Some days are uphill, and some days I’d like to stop and die. But I keep climbing.

“I press on to take hold of that for which Christ Jesus took hold of me. Brothers and sisters, I do not consider myself yet to have taken hold of it. But one thing I do: Forgetting what is behind and straining toward what is ahead, I press on toward the goal to win the prize for which God has called me heavenward in Christ Jesus” (Phil. 3:12-14).

Join me in this: Never give up on your walk with Christ. Keep growing in Him. The hills don’t get smaller, but you gain strength in each climb. And you’re not climbing alone. Christ is with you.

Keep climbing. The view at the top is phenomenal.

post supports the study “Growing with Joy” in Bible Studies for Life.

One thought on “Why I Keep Climbing”