When those people who make lists for a profession talk about movies, they list movies as drama, action, comedy, horror, romance (i.e., chick-flick), and idiotic (i.e., David Spade movies). But one genre is rarely mentioned. In fact, I’m not even sure what to call this genre.

Every few years, some producer/director offers their take on life as a teenager and why it stinks to be an adolescent these days. That amuses me because the people who write  and direct these are adults. Sure, they might write from their own perspective, but so many aspects of the adolescent experience change as quickly as the hip and groovy slang they use … the awesome and rad slang … the snatched slang … oh, never mind.

And there are lots of these movies, but how many of them can you remember off the top of your head?  Hollywood has more films in this category than zits at a freshman dance, but few of them stand the test of time. Some were immensely popular at their release …

… but they don’t stand the test of time. [And, yes, I’m sure I left off a movie that both rocked and defined your high school experience AND it stands the test of time in your humble opinion.]

Every once in a while, though, someone gets it right, and I can name two movies that have pulled it off. Before I mention those, let me point to two movies coming out that will join the ranks of teenage angst and coming of age movies.

The Edge of Seventeen (opens November 18)

This is teenage angst from a girl’s perspective. It’s told with a lot of humor, a lot of language, and did I mention a lot of angst? The movie is done well, and Hailee Steinfeld has certainly grown up from her role as Mattie Ross in True Grit. While it’s done well, the story line is not riveting. It was not boring, but it was predictable. Woody Harrelson, who plays the girl’s teacher, helps carry the movie. 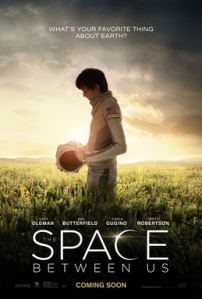 The Space Between Us (opens December 16)

OK, I liked this one, chiefly because it was so radically different.  Asa Butterfield plays a child born on Mars (his mother was on the first crew to go there), and he lives there for 16 years. Adolescence is kicking in, though, and he wants to visit earth. Thanks to social media, he makes friends with a girl who is an outsider like him. However, because he grew up with a different gravity, his body really can’t handle the heavy gravitation of earth. He still makes the trip, connects with his friend, and learns about the wonders of the earth and the hassles of adolescence—while dealing with people chasing him and a body that can’t handle this planet.  He brings to the story a whole different angle on the whole adolescent quandary of trying to fit it, becoming a adult, and trying to connect with a parent.

Sure, go see these movies. You won’t be disappointed. See them now, though, because they will join a long list of other movies that capture the adolescent experience for about three weeks and then fade away.

Two movies about teenagers have stood the test of time. 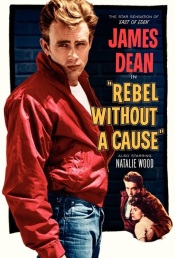 Rebel Without a Cause (1955). I think teenagers could watch this today and still connect with the issues Jim Stark (played by James Dean) was all angsty over. Get past the clothes and the old cars, and you see the issue of trying to fit in, peer pressure, relating to parents, and trying to figure out who they are. It’s a well done movie that solidified James Dean as the ultimate teen icon. (He died just weeks before the movie was released.) 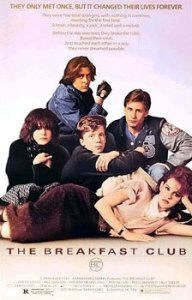 The Breakfast Club (1984). The beauty of this film is that it captures the different faces of teenagers: the athlete, the smart kid, the popular girl, the rebel, and the outsider. Each character is different, but as they talk, argue, and fight, they collectively present the angst of adolescence. This was certainly not my generation, but no one can watch this movie and not identify with one of these characters.

During my student ministry days, this is a film I always wanted to show the youth group as a launch pad into a Bible study and discussion, but  the movie’s language kept me from doing that. (I showed Rebel Without a Cause instead.)

If you have to go to the movies, go see The Edge of Seventeen and/or The Space Between Us. Then go home and get Rebel Without a Cause and The Breakfast Club on Netflix.

Three things amaze me, no, four things I’ll never understand—how an eagle flies so high in the sky, how a snake glides over a rock, how a ship navigates the ocean, why adolescents act the way they do (Prov, 30: 18-19, The Message)

One thought on “What Movie Best Captured Your Teenage Experience?”