A new assignment or a new chapter of life that is forced on us may not be what we wanted, but it can lead to greater things. Just ask Theodore Roosevelt. 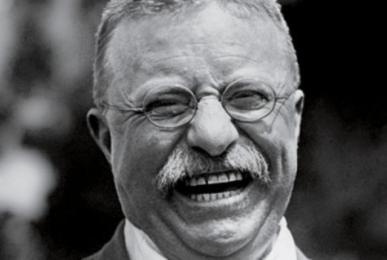 familiar with Roosevelt’s story. In spite of poor health as a child, Roosevelt became the quintessential outdoorsman. He was a game hunter. He lived as a cowboy in the Dakotas. During the Spanish-American War, he led the First U.S. Volunteer Cavalry Regiment, more popularly known as  “the Rough Riders.”

It was Roosevelt’s politics that got him in trouble, though. At least with certain people in New York. He had already served in the state assembly. He had been the New York City Police Commissioner. And he was elected governor of New York. He was an aggressive, progressive leader in the state. He got things done—which didn’t set well with everybody.

The conservative Republicans in New York couldn’t control Roosevelt, and his policies were not setting well with many of the businesses that supported the GOP. With the upcoming presidential election of 1900, they found a way to get him out of their state: push him to be the vice-president under William McKinley.

The vice-presidency was a powerless office, and up to this point very few vice-presidents advanced to the presidency—and most of them did so because the former president had died. Roosevelt accepted the position, though, and the New York Republicans felt they had won a victory.

Roosevelt, a thorn in the side of some Republicans, was put out to pasture.

All this changed on September 14, 1901 when President McKinley was assassinated. In a moment, Theodore Roosevelt, the progressive reformer, became the youngest man ever to lead our country. And he is considered by all rights as one of the greatest presidents in our nation’s history.

A dead-end job to some people was Roosevelt’s path to greatness.

You may not like your current station in life. Maybe the job feels like a dead-end. Maybe others treat like you’re “out to pasture,” but you’re not. God can use you wherever you are. Maybe God has you there for a season to teach you, to grow you. God did that with Moses as he worked in obscurity for 40 years as a shepherd.

I want to be faithful—giving God my absolute best—regardless of the job, position, or title.

4 thoughts on “This Week in History – Put Out to Pasture”