The church does not have a corner on hypocrisy. We find people in all situations and all walks of life who say one thing and do another. 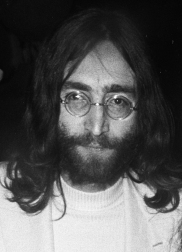 Take John Lennon. As much as Lennon is known for writing great tunes, he is equally known for being a huge advocate for peace in the 60s. He was the poster boy for peace. Songs like “All You Need is Love” and “Give Peace a Chance” were his calling cards. Yet, in despite his calls for peace and love, he openly supported the Irish Republican Army (IRA), a terrorist group that openly used violence in their attempt to end British rule. It was peace and love—except for the innocent people blown to bits by the IRA.

I could also address the hypocrisy rampant in our nation’s capital or all the celebrities who decry climate change while flying in private jets and cooling their massive and multiple homes. So, yes, when it comes to hypocrites, the church is not alone—but hypocrisy in the church has far greater consequences. After all, someone who proclaims that Jesus changed his live but lives a life of willful sin is a stumbling block to others coming to Christ, not to mention the consequences he brings on himself.

“Offenses will certainly come, but woe to the one through whom they come! It would be better for him if a millstone were hung around his neck and he were thrown into the sea than for him to cause one of these little ones to stumble” (Luke 17:1-2).

At this point, some of you are thinking, “We are all hypocrites. No Christian is perfect.” While no believer is sinless, I hesitate to call most believers hypocrites. Why? When believers sin, we come under the conviction of the Holy Spirit. We know we’ve sinned and we repent. We may sin again, but there is an acknowledgement of our sin and a lifelong desire to move from sinful habits into a lifestyle of Christlikeness.

The difference between a hypocrite and a believer who stumbles is this:  Integrity.

Hypocrites are those who …

… claim an allegiance to Jesus but make no effort to live in obedience to Jesus.

… laugh off their sin and expect us to do the same.

… talk a good talk but never follow through with their actions.

In his book,  The Christian Atheist, Craig Groeschel described those who profess faith but live like they don’t believe. The book’s subtitle says it all: “Believing in God but Living As If He Doesn’t Exist”

I have a real beef with individuals or groups that presume to speak for God or represent themselves as followers of Christ, but they do not live up to who Jesus is. My beef is with how they impact others.

And they do. Most of us know someone who won’t visit a church because “the church is full of hypocrites.” For some, that’s just an excuse they throw out in order to sleep in after a hard Saturday night. But for others, these hypocrites are a real stumbling block. That’s bad enough, but in the process of writing off the church, they are writing off any consideration of Jesus Christ.

There is some logic in writing off anything associated with what the hypocrite professes. For example, you wouldn’t buy a diet plan from a morbidly obese man who claimed the plan changed his life. It makes you wonder if the diet plan is really valid. In the same way, people can talk about how Jesus has changed their lives, or how much they love Jesus, but their attitudes and actions are no different from those of the world around them.

Based on the lives of these hypocrites, Jesus appears to make no difference. So why come to Jesus?

But the hypocrite’s poor example does not change the truth that Jesus is the life-giving Savior and Lord. Abundant life, hope, and forgiveness are found in Him, and no hypocritical behavior can alter that.

Paul raised that issue with the Christians in Rome. The Jews were God’s chosen people in that God revealed Himself to the world through them. They were given the words of life, even though most of them did not live up to those words. The character of the Jew, no matter how far removed from God’s Word, does not change the character of God.

“So what advantage does the Jew have? Or what is the benefit of circumcision? Considerable in every way. First, they were entrusted with the very words of God. What then? If some were unfaithful, will their unfaithfulness nullify God’s faithfulness? Absolutely not! Let God be true, even though everyone is a liar” (Rom. 3:1-4).

Our actions as humans do not nullify the truth of who Jesus is. Just because these people show no indication of life change does not change the truth that Jesus is God and He is fully capable of bringing life change.

Lord, I confess I have had times—many tines—I have not lived out my belief and trust in Christ. I have sinned. Keep me from sin. Lord, I don’t ever want to be a cause for people to question the truth of You. May my life attest to the truth and faithfulness of You.