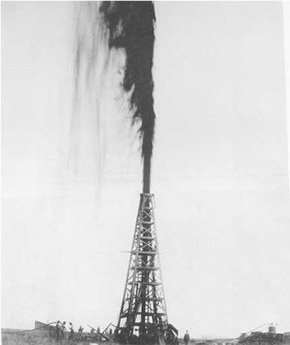 A little trivia for you history nerds: January 10 is the 117th anniversary  of the oil gusher at Spindletop near Beaumont, TX. Why is that such a big deal? It’s considered the launch of America’s oil industry. Yes, America had an oil industry before then. After all, Rockefeller’s Standard Oil is what made him so filthy stinkin’ rich. But things changed in 1901.

The 1901 discovery of oil in Texas came right at the time America would begin craving oil. Prior to this, oil was used chiefly for kerosene lamps. But the dawn of the 20th century brought with it the invention of the internal combustion engine. Cars, airplanes, and the neighbor kid’s noisy little motorbike soon followed. Suddenly, we had a great need for oil—and lots of it.

A lot of Texans were just eking out an existence until oil was discovered. Great wealth lay under people’s land in Beaumont, but it wasn’t doing them any good. It wasn’t until a mining engineer named Anthony Lucas drilled a well that sent oil gushing up 1000 feet in the air.

I lived in west Texas for many years, and I have no doubt there was a mess of oil under my little house. The potential for great income was there, but I never bothered to tap into it. And obviously none  of my friends in the oil business saw fit to put a pump jack behind my garage. But I’m sure the oil was there. Sigh.

Most of us live our lives like it’s 1900 in Beaumont, Texas. We’re getting by without ever realizing the great potential that resides within us. If you are a follower of Christ, He has placed His Holy Spirit in you. The same God who brought this universe into existence and raised Jesus from the dead is living in You.

God’s Holy Spirit is right there. But don’t let Him stay below the surface. Let the love, grace, and power of Christ come gushing out.

“But the fruit of the Spirit is love, joy, peace, forbearance, kindness, goodness, faithfulness, gentleness and self-control…. Since we live by the Spirit, let us keep in step with the Spirit” (Gal. 5:22-23,25). 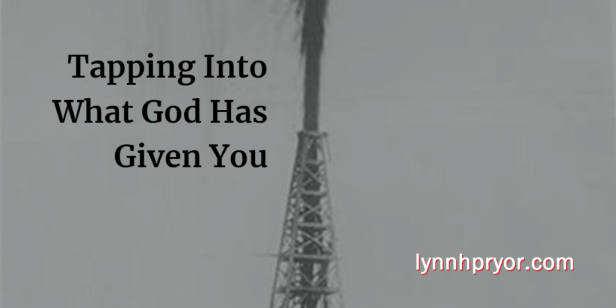